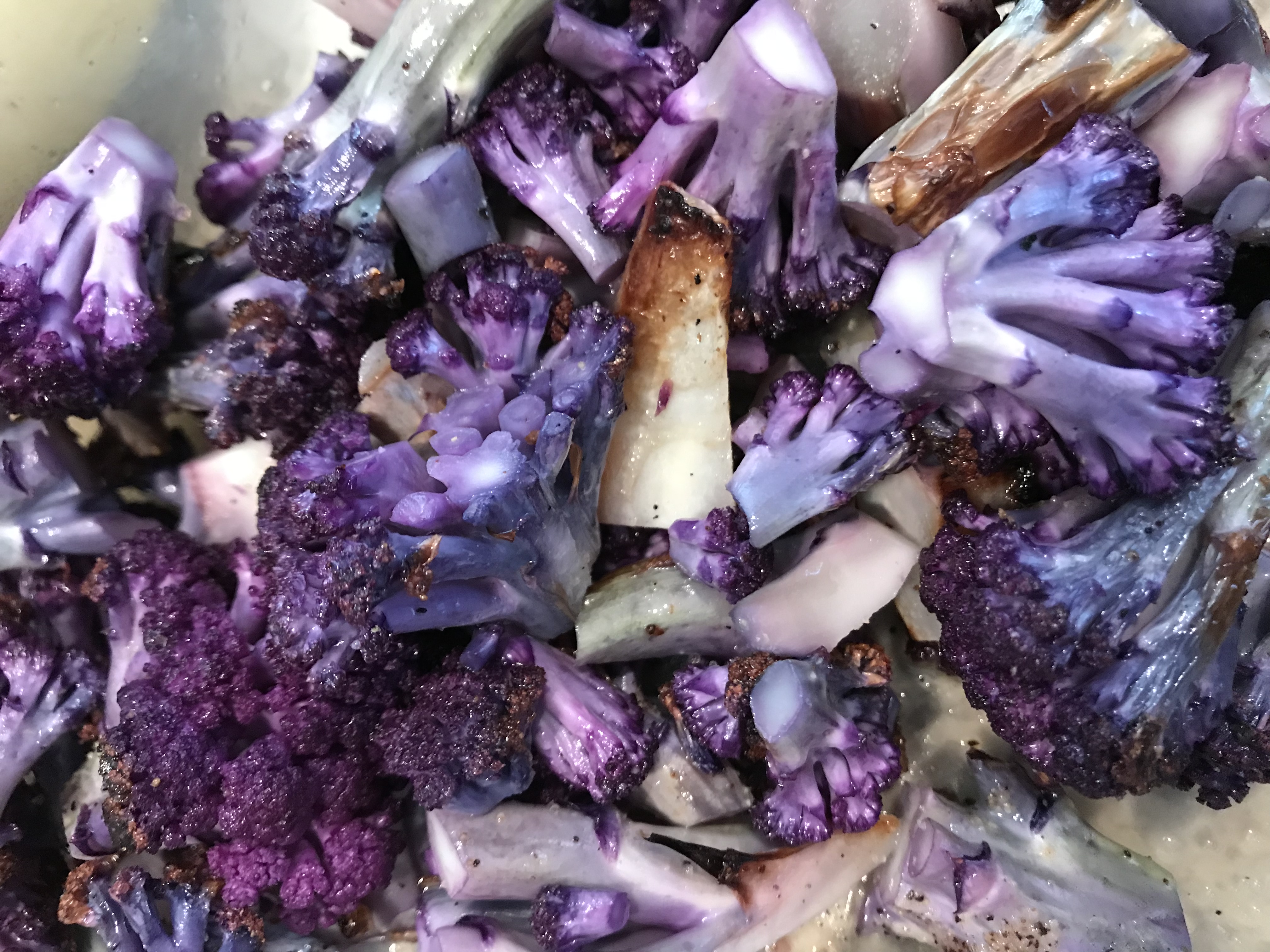 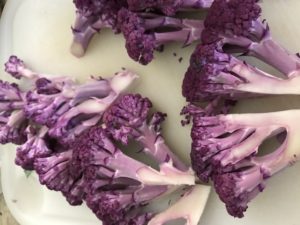 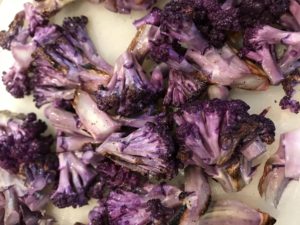 Purple cauliflower is a cool-season biennial cruciferous vegetable, botanical name Brassica oleracea var. botrytis, belonging to the plant order Capparales. Purple cauliflower’s color is due to the presence of the antioxidant anthocyanin, which can also be found in red cabbage and red wine.

Nutritional  Value
Cauliflower is rich in vitamin C with a half cup of florets providing nearly half of ones daily requirement for vitamin C. It also provides a fair amount of fiber, vitamin A, folate, calcium and potassium as well as selenium, which works with Vitamin C to boost the immune system. Cruciferous vegetables such as cauliflower are known for their high levels of cancer-fighting phytochemicals know as glucosinolates.

Other Info
Cauliflower was brought to England by Flemish weavers in the mid-1600s and later became the rage of the French court, where Louis XV’s mistress, Comtesse du Barry had a consomme of veal, oxtails and cauliflower named for her. In the modern era, cauliflower fell into a period of obscurity, languishing upon crudite trays and within obvious soups and gratins. Its renaissance can be attributed to the discovery of colorful varieties, such as the purple Graffiti and purple Cape.

Geography/History
Purple cauliflower is a heritage variety that comes from either Italy or South Africa. Its true wild origin is not quite known, though its color is naturally occurring and is not due to scientific manipulation.

Description/Taste
Purple cauliflower displays vibrant violet hues on the outside florets, however, the stem and core of the vegetable retain a cream color. The entire plant (floret, stalk and leaves) is edible. The stems and trunk are firm and tender and the florets have a dense yet soft and crumbly texture. It’s flavor is milder, sweeter, nuttier and free of the bitterness sometimes found in White cauliflower.